A group that includes Hillwood Development, the Texas-based company run by Ross Perot Jr., is seeking to rezone 530 acres in Varina for industrial and distribution purposes. (Image from BizSense file)

The cases include a previously deferred application by Atlantic Crossing LLC to rezone 530 acres southeast of the Interstate 64-295 interchange in Varina for industrial development. The request was postponed to March and again to May. The LLC is a group that includes Hillwood Development, the Texas-based company developing Amazon’s robotic distribution center near Richmond Raceway.

Also back on the agenda, a rezoning request from Markel | Eagle for an 80-home development on 46 acres southwest of Pouncey Tract Road and Wyndham West Drive. The request was postponed to May.

On the agenda is an application by Fulton Hill Properties to license a seven-story building with 253 apartments at the intersection of Thalbro and Westmoreland streets, on land recently subdivided from the adjacent UTurn sports complex.

Pemberton Investments LLC is seeking to rezone 12 acres straddling John Rolfe Parkway at its intersection with Pump Road for a 15-home residential development. The request was deferred to the previous committee meeting.

HHHunt is looking to rezone 7 acres on the east side of Pouncey Tract Road, north of Twin Hickory Lake Drive, for a 65-unit condo development. The development would be a second phase of The Pointe condo project recently approved by nearby HHHunt.

Tara Carroll was sworn in on June 29 as interim Midlothian District representative on the Chesterfield Board of Supervisors. She succeeds Leslie Haley, who resigned on June 3 to accept a position as Virginia’s assistant attorney general for government operations and transactions.

Carroll will hold the position until a Nov. 8 special election, when district voters choose a candidate to serve the remaining year of Haley’s term.

The board selected Carroll from eight nominations received for the seat. Carroll grew up in Midlothian and has extensive experience in civic engagement, including serving as former chairman of the Chesterfield County Republican Committee. A professional actress and singer, she graduated in musical theater from the University of Miami. 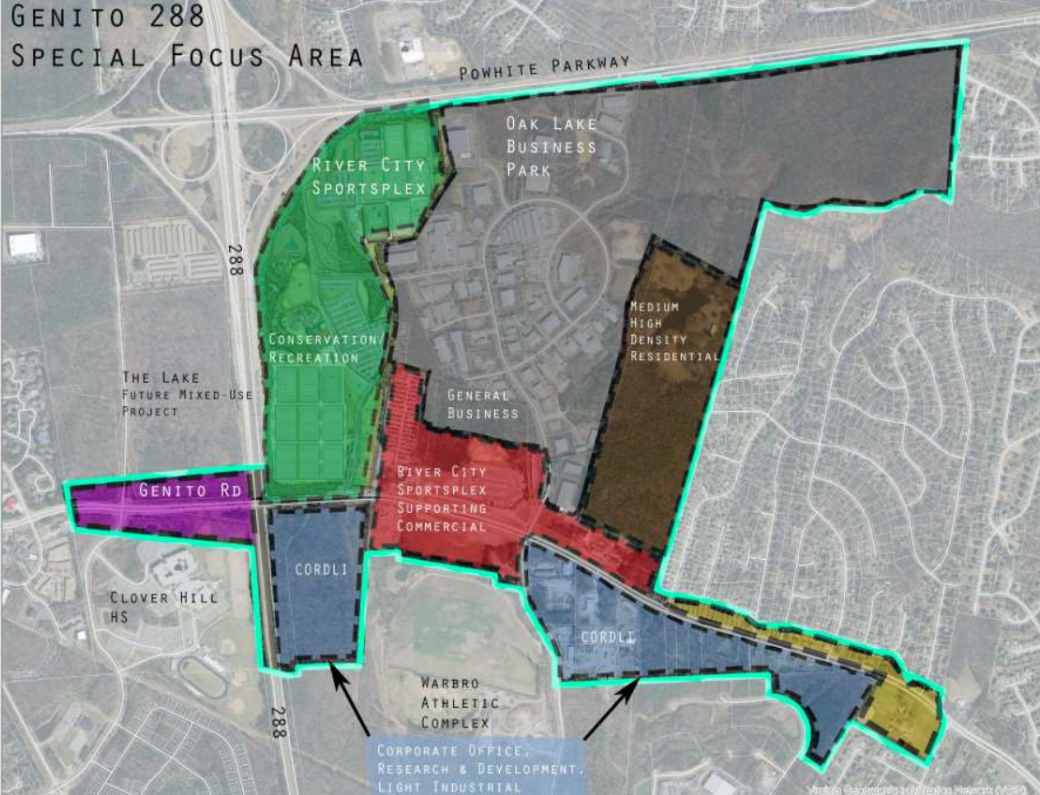 A community meeting is scheduled for July 12 to present draft recommendations on the Genito/288 Special Interest Area Plan. Clover Hill District Supervisor Chris Winslow and Planning Commissioner Gloria Freye will co-host the meeting, which will be held from 4:30 p.m. to 7:30 p.m. at Clover Hill High School.

The open house style meeting will give Chesterfield County residents an opportunity to provide input and learn more about the plan and focus area. More information about the plan can be found here.

Goochland County will hold a meeting on July 14 to receive community input on the Centerville Village Plan. The 7 p.m. meeting will be held at Grace Chinese Baptist Church, 850 Broad Street Road.

The meeting will include a brief presentation of the initial draft plan. Interactive polls will also be conducted during the meeting. Participants are requested to bring a smart phone or tablet to participate. The meeting can also be broadcast via Zoom via this link.

More information about the plan is available here.

Private consultant at the head of the NLCB… | Local company